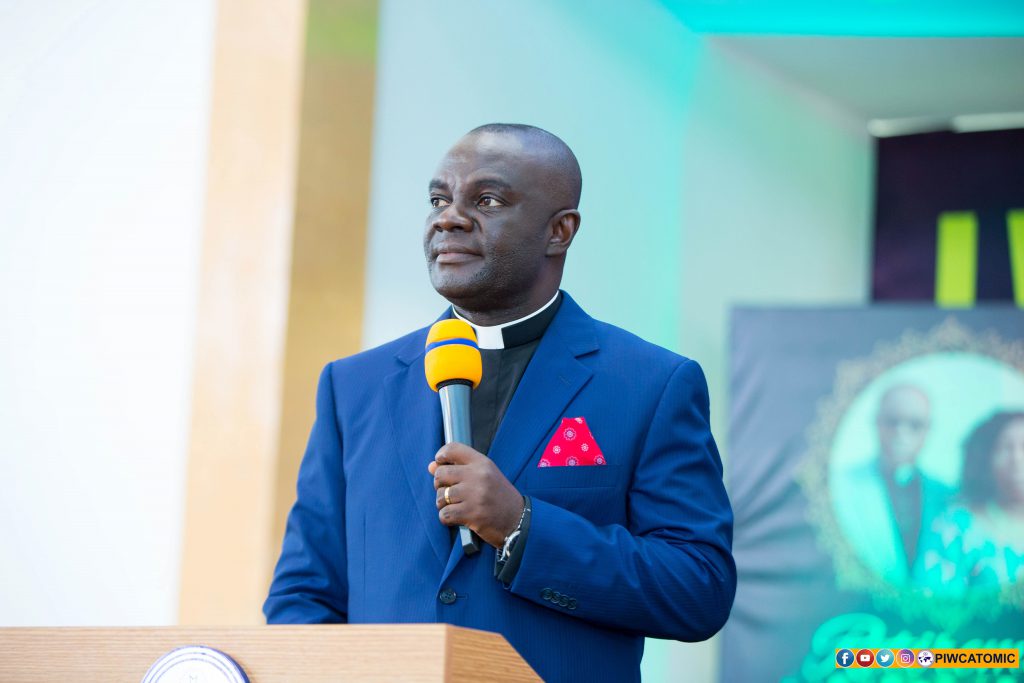 Last week we started looking at the superiority of Christ. We tried to establish the fact that Jesus is unique—in a class of his own. He has no classmate. None can be compared or likened to him. We will continue from where we left off last week and we will look at the superiority of Jesus in relation to prophets and angels. We will read from Hebrews 1.4.

having become as much superior to angels as the name he has inherited is more excellent than theirs. (Hebrews 1.4 ESV)

“And there is salvation in no one else, for there is no other name under heaven given among men by which we must be saved.” (ESV)

In Philippians the Bible says,

Therefore God has highly exalted him and bestowed on him the name that is above every name, so that at the name of Jesus every knee should bow, in heaven and on earth and under the earth, and every tongue confess that Jesus Christ is Lord, to the glory of God the Father. (Philippians 2.9-11 ESV)

The superiority of Jesus is seen in various dimensions according to Hebrews 1. It is important to understand that the Hebrew Christians were aware of the Bible’s teachings on angels and how they had acted as God’s intermediaries in the past and found it difficult to accept that in Jesus, God had established direct communication to him.

There was the temptation in the early church to think of Jesus as a high angel but, to counter this, the author of Hebrews made it clear that Jesus was not in the class of angels but was superior to them. So, he began to examine the superiority of Jesus in various dimensions, some of which I want us to look at this morning.

For to which of the angels did God ever say,
“You are my Son,
today I have begotten you”?
Or again,
“I will be to him a father,
and he shall be to me a son”? (ESV)

What the author is saying is that when you look at the scriptures, there is nowhere where God has told an angel that “You are my son.” But when you read the scriptures, Jesus is adequately and fully described as the son.

There are various instances in the scriptures where God introduces Jesus as a son. At the baptism of Jesus, God introduced Jesus as his beloved son (Matthew 3.16-17). So, the superiority of Jesus is seen in his relationship with the father.

At the Mount of Transfiguration, God spoke about Jesus and said he was the son (Luke 9.35). Nobody comes before him. Understanding this will let you know how to relate to him.

But even before he was born, there was a prophetic word concerning him that he was the son (Psalm 2.7). So, I want everybody to understand that Jesus is superior to everybody, whether angel or prophet.

2. The superiority of Jesus is seen in his deity
Jesus is God. He is divine. He is not mortal or an angel. He is God. This is a fact we need to understand and accept. In Hebrews 1.6.9, we see that all the angels were commanded to worship him, and it was said of the son,

But of the Son he says,

“Your throne, O God, is forever and ever,
the scepter of uprightness is the scepter of your kingdom.
You have loved righteousness and hated wickedness;
therefore God, your God, has anointed you
with the oil of gladness beyond your companions.” (Hebrews 1.8-9 ESV)

In this scripture we see that Jesus is God. People are worshiping all sorts of gods, but we serve a living God. Here again, we see Jesus is superior to the angels.

Jesus is worshipped yet it is only God that receives worship. You would remember that in the book of Revelation when John bowed to an angel, the angel told him not to worship him but only God but we see here all the angels commanded to worship Jesus. We also ought to worship Jesus because he is God. So, the superiority of Jesus is seen in his deity—the fact that he is God.

3. The superiority of Jesus is seen in his creation
In creation we see how unique and superior Jesus is. It was by him and through him everything was created.

Long ago, at many times and in many ways, God spoke to our fathers by the prophets, 2 but in these last days he has spoken to us by his Son, whom he appointed the heir of all things, through whom also he created the world. (Hebrews 1.1-2 ESV)

And,
“You, Lord, laid the foundation of the earth in the beginning,
and the heavens are the work of your hands; (ESV)

The heavens—the sky we see—are the work of his hands. He laid the foundations of this world and by his hands the skies and heavens were created. None of the angels have created anything.

4. The superiority of Jesus is seen in his destiny
And to which of the angels has he ever said,
“Sit at my right hand
until I make your enemies a footstool for your feet”? (Hebrews 1.13)

There is a distinction between Jesus and all others, even in destiny. None of the angels has ever been given the privilege of sitting at the right hand of God but Jesus sits at the right hand of authority. Jesus has attained a kind of eminence and prominence that angels can never attain. Angels are just ministering spirits sent to serve for the sake of those who shall inherit salvation (Hebrews 1.14). But Jesus occupies a place of authority that no angel can ever attain. I want to bring your attention to Jesus and Jesus alone. Not even angels or any human—not your pastor or any other person—can compare to him. He is in a class of his own. At the center of it all, it must be he alone.