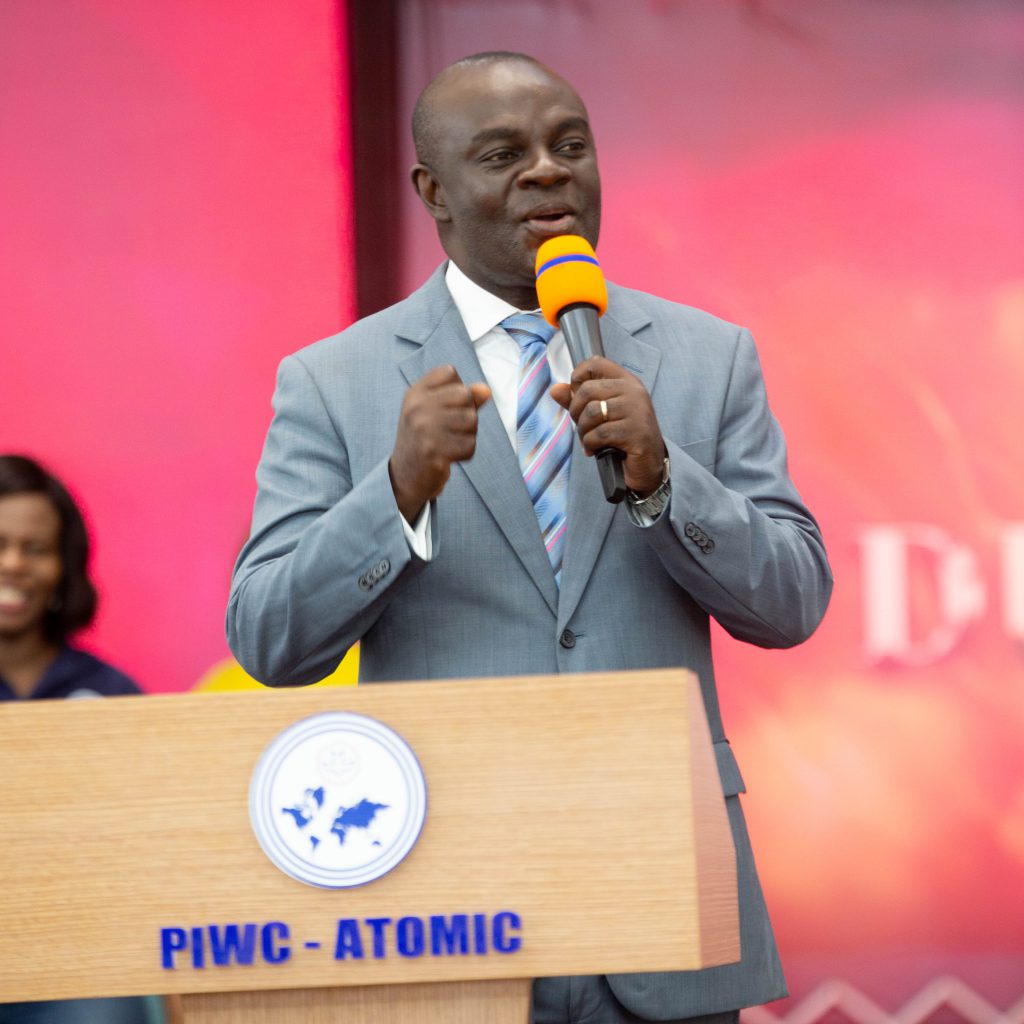 The 45th General Council meetings held in May this year moved us from PIWC, Atomic so I will be delivering a series of goodbye messages. A month from today, in the month of July, Apostle Anim will also give his farewell message. He will be farewelled on the 18th of July.

Therefore, if anyone is in Christ, he is a new creation. The old has passed away; behold, the new has come. (ESV)

There are certain issues in this scripture I want to highlight. The Apostle Paul says, “If anyone is in Christ,” so, the question now is, “What does it mean to be in Christ?” or “How do we come into Christ?”

What does it mean to be in Christ
The scripture makes it clear that we come into Christ via our new birth. We are born again into Christ and born again by the Spirit and the word. Jesus told Nicodemus, “Truly, truly, I say to you, unless one is born of water and the Spirit, he cannot enter the kingdom of God.” (John 3:5 ESV) The water according to Apostle Paul is the word.

To be in Christ is to belong to Christ. The NLT of 2 Corinthians 5:17 says anyone who belongs to Christ has become a new person. Once you are born again you are Christ’s possession.

The new creation is not a reformation or a rehabilitation or a repaired work but a complete recreation—being made anew. Reformation has to do with improvement and overhauling but the new birth experience is a whole new experience. When we get born again, we don’t merely put on or turn a new leaf. It is about a new life and a new master. This is what Apostle Paul meant by being made alive in Christ. (Ephesians 2:1-5)

Death is a separation from God. So, being dead in our transgressions means being far from God. When we sinned we died. We seemed alive but were spiritually dead; but when we came to Christ, we were made alive in Christ. I pray that your spirit will understand what I am teaching this morning so that you would realize that you are joined to Christ. You have been translated from the kingdom of darkness into the kingdom of light. That is the new birth experience.

We have understood that at our new birth we are not reformed or improved upon or repaired but were made anew. In Christ we have been recreated. Apostle Paul threw further light on what he meant by a new creation by saying the old had passed away and the new had come.

What was the old stand and what is the new that has come?
1. We are no longer children of the devil but children of God
The new creation is no more a child of the devil but rather a child of God. In fact, the one who is not born again is of the devil and the devil is his father. When you study the scriptures well, you will find that until you accept Jesus as Lord, you cannot be said to be a child of God. You may have been created by God but cannot be said to be his child. In our old state we were children of the devil—he was our father—but thanks be to God that at conversion, when we are born again, we became children of God and not the devil. That is why the Bible says in John 1:12, “But to all who did receive him, who believed in his name, he gave the right to become children of God.” Thus, by virtue of the fact that you have been recreated, God has become your father. The Bible continues in verse 13, “who were born, not of blood nor of the will of the flesh nor of the will of man, but of God.” Thus, it was not by human decision we were born again but by his will. That means when you are born again or become a new creation, the devil is no longer your father. The old is gone and the new has come. The new that has come is the fact that God is your father. The new creation is a child of God with all the rights, privileges, and responsibilities that go with it. What a privilege it is to be called sons and daughters of God! We are the sons and daughters of the ever-living God—the God who never changes.

So, people of God, the first thing we need to understand is that per our new birth, we have become the children of God. We are no longer children of the enemy or of the evil one. So don’t look down on yourself nor allow anyone to look down on you. No matter the circumstance or environment in which you find yourself, you are a child of ethe most high. That is why he taught us to pray, “Our father.” We can call him father because he is indeed our father. We don’t go into his arena as strangers or aliens, but we can go confidently before him because he has given birth to us and we are his children. What an awesome privilege! Look at how the father has loved us that we should be called the children of God.

The seed of God is in you. His DNA is in you. The word of God does not depend on feelings and emotions but is a fact that must be believed. It does not matter how you feel. Your feelings don’t come in. What is important is what he is saying. You must believe that since you have believed in his name, he has given you the power to become his child.

2. The devil used to be our slave master but we now have Jesus, a caring master
In the old, the devil was our slave master but in the new, we have Jesus who is a loving master. When man sinned, we gave dominion over this world to the devil. That is why the devil is called the prince of this world. We were in slavery under a wicked master. That is why even the good you wanted to do you couldn’t do but the evil you didn’t want to do was what you did. When you look at certain people you can really appreciate what it means to be under a wicked master. For instance, some know the bad effects of smoking and yet cannot break away from it. We used to serve a wicked master but one day another master came and said, “Come to me, all who labor and are heavy laden, and I will give you rest.” (Matthew 11:28) Thank God for a loving and caring master who is not like the old one who was without pity and compassion. So, verse 29-30 says, “Take my yoke upon you, and learn from me, for I am gentle and lowly in heart, and you will find rest for your souls. For my yoke is easy, and my burden is light.”

Do you not know that if you present yourselves to anyone as obedient slaves, you are slaves of the one whom you obey, either of sin, which leads to death, or of obedience, which leads to righteousness? But thanks be to God, that you who were once slaves of sin have become obedient from the heart to the standard of teaching to which you were committed, and, having been set free from sin, have become slaves of righteousness. (ESV)

The apostle Paul uses slavery to describe someone completely under the control of another or something else. So, to be slaves to sin means we were captivated by sin. We lived to satisfy sin. Our hearts, minds, and thoughts were sinful but one thing that was pathetic about this was the effect of this slavery was death. This slavery was leading us to death—eternal death, condemnation, and separation from God. But the good news is that Jesus has set us free from the slavery of sin. We are no longer under the yoke of sin but have been set free.

When Jesus hang on the cross, he was freeing us from the bondage of sin. So, sin cannot hold us captive any longer. In the new creation we cannot be captivated by sin because Jesus has set us free. The Christian life is a new creation with new values and new motives. He has given us a new nature, one that is quite different from the previous one. So now we can live like Christ lived, walk like he walked, and speak like he spoke. His seed is in us. We are no more slaves to sin but slaves to righteousness.

Let your heart rejoice and be full of appreciation to God because you are no longer a carrier of the anger of God. That is why we can come boldly to the throne of grace—when he sees us he is happy. The scripture is meant to be believed—it does not depend on your emotions.