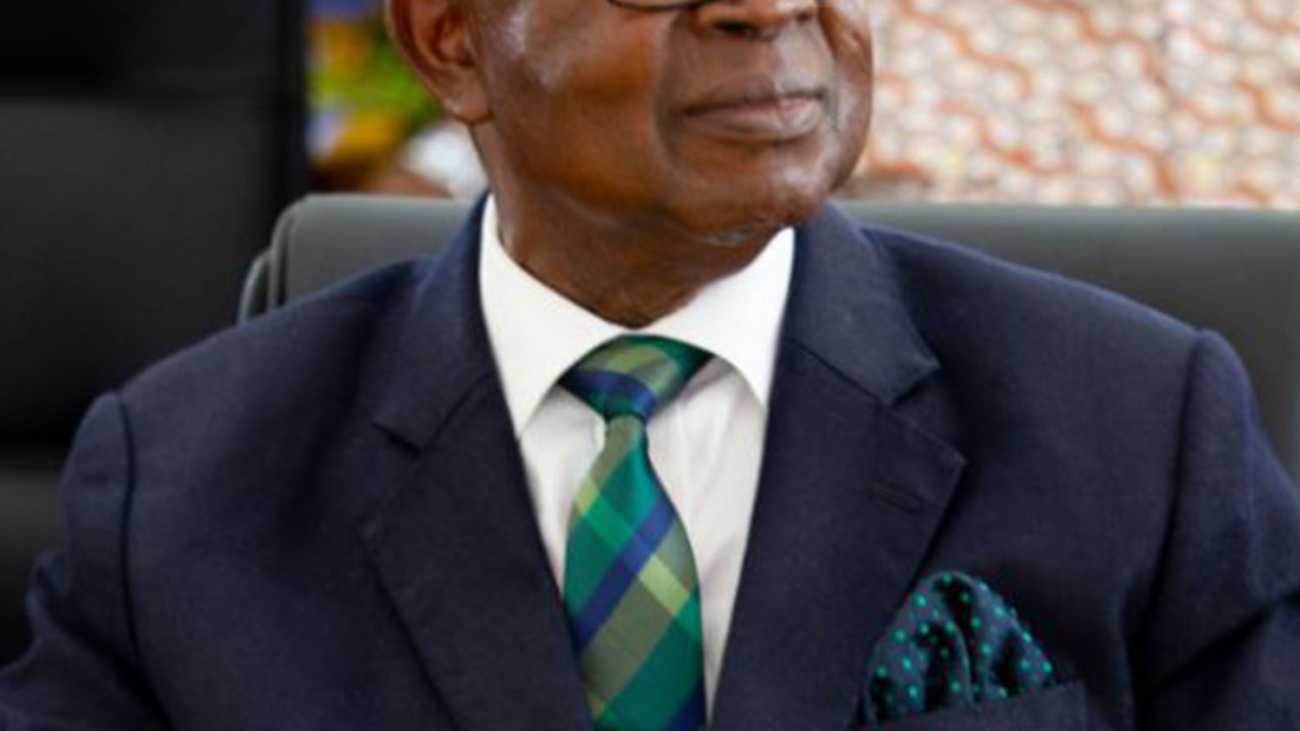 We need to be sure of our conviction
The Elijah who had had the Mount Carmel experience and slaughtered the prophets of Baal and Asherah was afraid and ran for his life. The story of Elijah is an interesting one. It tells us one particular fact—that we can go through the mundaneness of religiosity without knowing that we know that we know that the God that has called us by name is faithful and will live up to his word. We read “The Lord is my shepherd I shall not want” and it is just head knowledge. The same person who can recite this psalm runs helter-skelter when trouble comes. So we have a challenge whereby we have to come to a point in our faith where we must take a definite action and take God for who he is and believe he will do what he has said otherwise our faith has failed. If what God has written in the scriptures cannot be relied on and we allow crises to dictate our level of response to life then we have work to do. We need a new understanding where we know that because God has said it, it is enough. That is the point of no departure. When you get there you don’t care about what others are doing or not doing, saying or not saying, and what you are feeling or not feeling because you know what is written. We all have the responsibility to move on to that level of faith for our Christianity to make sense to the world around us and for it to produce the kind of result we want it to produce.

The glory of God in the church
On the 7th of February, our resident minister started a series and informed us that in the next couple of weeks we would be dealing with glory in the church and that this is borne out of the theme for the church for the year 2021—a glorious church revived to possess the nations. In his presentation on the 7th, he spoke to the topic, “The glory of God.” Among many things he said the glory of God refers to his majesty, greatness, splendor, and honor. It means everything that makes God God and his boundless wisdom, the weight of this glory and majesty, and his magnitude. It also refers to the glorious manifestation of his presence among his people. He made three important points on this premise: that no generation must be without the glory of God; that no generation must see itself in what is called the silent period where there is no voice of God, no prophets or seers; and that the church exists to manifest God’s glory. So, God has set up the church primarily to be a conduit through which his glory will be manifested. Just as through Abraham the nation of Israel was born with the sole purpose of blessing Abraham and his seed, the believer must see himself as a conduit for the manifestation of God’s glory. When you read about Daniel, Shadrach, Meshach, and Abednego, Moses, David, Elijah and Elisha, the Old Testament saints, and the giants that came after them who literally came after them, we must strive to become deposits of the glory of God so that by our mere appearance people will know. They may not speak to us but they will testify that these people are carrying something.

For this morning’s reflection, I would like us to briefly look at the importance or the benefits of the glory of God.

We need to be strengthened by the power of the Holy Spirit
Paul wanted the Christians to be strengthened with the power of the Holy Spirit in the inner man. He wanted the Christians to be firmly established and to be deeply rooted and grounded in love. In times of challenges, unless you know that you know that you know the God of the Bible, you are likely not going to survive so it was important for Paul to remind them of the power of the Holy Ghost—the very power that raised Christ from the dead—and pray that everything about Christ will dwell in their hearts. He prayed that they would have power together with the Lord’s people so that they would be able to appreciate the extent of the love of God for them.

One of the early saints, when it came to a point that he was told to recant his faith so he would not be killed, said, “For eighty-six years I have served him, and he has done me no evil. How could I curse my king, who saved me?” This is a person who has had a real encounter with the Lord so the threat of fire and animals did not matter. For him, nothing compared to that love and even life in this earth was nothing as compared to that love for Christ that was going to lead him to eternity. It was when Paul reached this point that he was convinced that his prayers had been answered and that he had to sing a song of praise: To him who is able to do exceeding abundantly by the power of the Spirit that is at work in us be glory in the church and in Christ Jesus. So, Paul was looking at two areas that the glory of God could dwell and emanate from.

One of the understandings we must have about the presence is that we should be able to differentiate the God himself whose deeds and acts and ways are all glory from what emerges out of that personality into other forms of expressions. So, when you see expressions where there is somebody who has suffered for 38 years without liberation or help, and, beholding such a person, the compassionate God is moved with compassion and the healing that took place is an expression of who this God is. So, the glory of the almighty must be demonstrated to the world through the church and that was the purpose of the establishment of the church—the called-out ones. Through his only begotten son he has translated us into a community of God’s own people and we as a community are the temple of God (1 Corinthians 3.16). This temple is different from the one in 1 Corinthians 6.19 where the body of the individual believer is the temple of God.

But because he has called them, his glorious expression must be proclaimed to reach out to the rest of the world. It is therefore refreshing that when the nation was looking for a place to house come Covid-19 patients, the church was able to provide such a place. The world must see Christ in us. They must see that we love our God. They must see that, like Daniel, we are prepared to go all the way because we love our God.

A revelation of the glory of God can reposition us in our ministries and callings
A revelation of God the glory of God can reposition us in our own ministries and callings in whatever we are doing. When he encountered Jeremiah, he told Jeremiah who did not believe in himself then that he knew him before he was born. He told him that even when he was a clot of blood in his mother’s womb he took him and commissioned him and made him a prophet. So, an encounter with the glory of God brings about an understanding of his call. So, through all his trials and temptations, Jeremiah said God’s word was like fire burning in his bones. When the city was going to be burned God told Jeremiah to go and buy land and prepare the necessary documents. Jeremiah did not understand. He didn’t know the Babylonian captivity was going to end soon but because of the previous encounter, he obeyed and did it. So, though that encounter of the glorious presence of God was just at the incipient stage of his ministry, that encounter took him through his journey. So even when he was put in a cistern to die, he could not keep quiet because he had seen God. May we encounter him so that come what may, we may know that he is God and he will never fail.

The manifestation of God’s glory can bring about the defeat and destruction of our enemies
In the book of Esther Haman was bent on destroying the Jews and had prepared the gallows for Mordecai but when the people of God prayed, his glory was manifested so that at the time Esther was not allowed to go before the king, she was given a special dispensation. When we encounter the glory of God it gives us special dispensations. It was the same special dispensation that Daniel and his friends had when they decided not to eat the king’s food and wine but live in accordance with the dictates of the scriptures.

Because of special grace, Daniel was given prominent positions in a foreign land. The same thing happened to Joseph. May that be our lot so that the work of our hands will be visible and they will know that it is not happening by my human ingenuity but by grace. May that grace take you to greater heights and bring a distinction between you and everyone else that they may know that you are a true follower of God.

The encounter with glory brings about conversion
People who are hardened like Nebuchadnezzar and Darius—because the three Hebrew boys encountered the theophany in the fourth man and the fires could not destroy them—decreed that he was the only God that should be served. May it be that because of what is happening people will testify that you serve a living God and give their lives to Jesus Christ.

The same thing happened when Darius put Daniel in the lions’ den. Because of the appearance of the glory of God, Daniel was not eaten and Darius had to conclude that the God of Daniel was the only one that had to be worshipped throughout his realm.

There is another thing I must mention. There are certain circumstances where it is only the manifestation of who God is that will resolve it. May we pray for more of such manifestations. An example is someone suffering from the issue of blood for 12 years who could not be helped by doctors but, by the mere touch of his garment, was healed and completely set free. In our time, within the church and outside, people without legs are getting legs by the power of God. There are situations that only the manifestation of who God is will bring the change. I pray that God’s glory will be made manifest in your own life and circumstances so that your lot will change and you will give glory to God.

How to walk in an atmosphere of God’s glory
Spiritual hunger, prayer, studying and activating God’s word, walking in obedience, fasting and other spiritual experiences, and being sold out to God are some things that will cause us to walk in the atmosphere of the glory of God.

One man of God when writing about the glory of God said it is not just a feeling and even an Old Testament experience but a spiritual tsunami of everything contained in the character of God. The word glory is literally translated heavyweight. May something heavy, big, and grand begin to happen to you and around you. It is more than the manifest presence of God. It is power that resurrects, delivers, overcomes, and transforms. It is greater and stronger than any other power in existence and all this belongs to us.