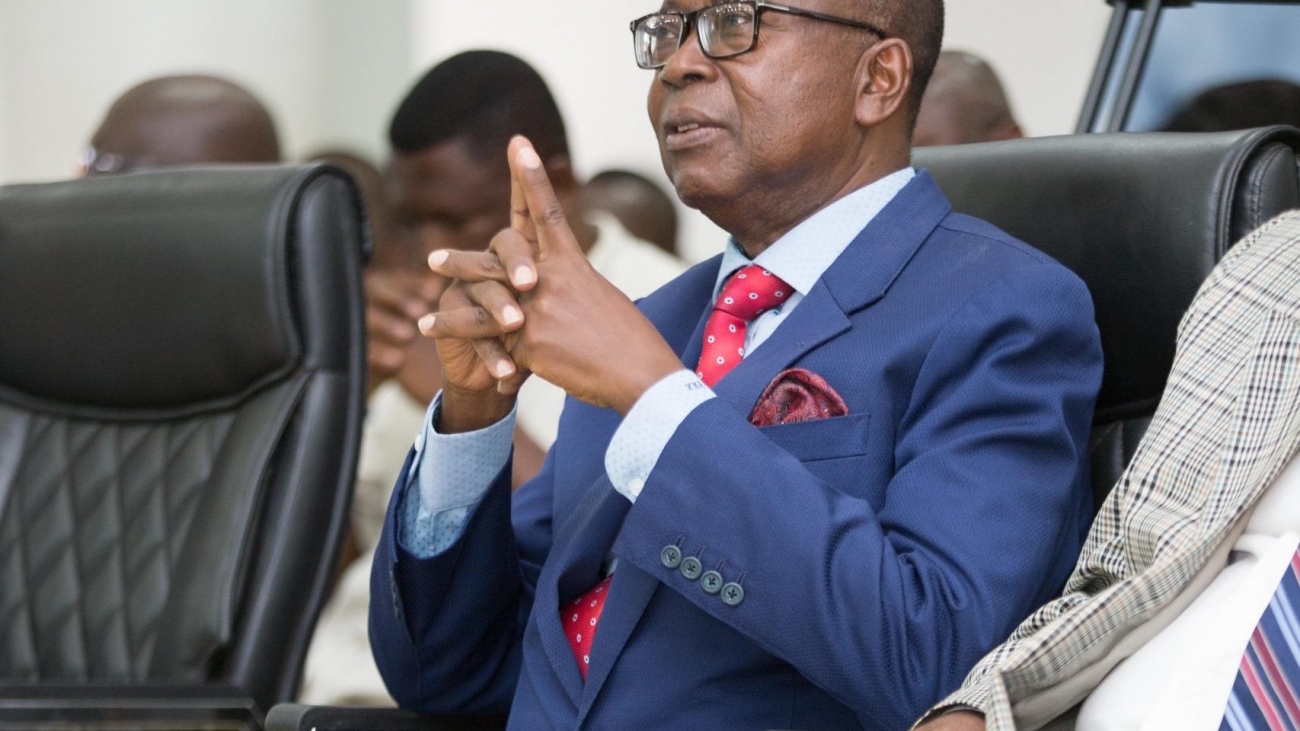 The theme the men’s ministry has been looking at this week is “Possessing the nations as effective gatekeepers” but today I want to look at the critical role of Christian men as effective watchmen.

God is a good God
When you read the totality of the Bible, there is no doubt that God is a good God and there is nothing bad in him. Circumstances and challenges may come that suggest that God is not as good as the Christian theology seems to present. However, if you look at the Old Testament right to the New Testament with an open mind, you will come to that positive conclusion of God’s goodness. When you read Jeremiah 29.11 this is summarized. He says, “I know the plans I have for you; plans to prosper you and not to harm you; plans to give you a hope and a future.”

The enemy tries to contradict the fact of God’s goodness
The fact that God is good cannot be contradicted but there is somebody called the enemy whose work is to ensure that he contradicts all the good things that God has said and everything about God. The evil one—sometimes he works himself and other times works through lesser beings and sometimes with humans. Jesus came that we would have life and have it more abundantly. This was in reference to what was said about him in Isaiah 61 that he read in Luke 4 as his manifesto. Jesus came to manifest God’s goodness but there is also diabolos—the devil whose aim is to steal, kill, and destroy.

It is our responsibility to stand for God against the devil
Because God has said that he is good and there is overwhelming evidence in the scriptures for this, when the devil comes to contradict this, we as believers who know our Bible have the responsibility to challenge him. This kind of challenge between good and evil will persist until God resolves it. Sometimes God himself makes room for the battle to continue. When you read Judges 3.1-2, there is a reference to a time that the second generation of Israelites had arrived in the promised land. The first generation, including Joshua and Caleb had all died. God says, “I’m going to teach these people war—how to fight. This new generation has not fought before but I want them to know that warfare is going to be part and parcel of their experience so I am going to leave a remnant so that they will teach them how to fight and I will test their obedience and faithfulness to me.” From this we learn that there is a fight we cannot rule out. We were born to fight but the promise of hope is that though the battle is there, the battle is the Lord’s and because of that we don’t fight from the losing perspective but with hope that we will win.

1 Chronicles 9.26-27 shows the functions of gatekeepers. They were to guard strategic places such as the city gate, palace gate, and the temple gate. They were to prevent evil from entering. When you go to Israel today, almost wherever you pass you see young and old people guarding. They know they need to fight to preserve their security. There were other responsibilities for gatekeepers. They kept safe custody of things considered precious associated with either the tent or the temple. These gatekeepers were expected to be energetic, capable, trustworthy, and vigilant because of the sensitive nature of their work.

Ezekiel 3.17, 33, and Isaiah 62 show the work of watchmen. They watched farmlands against thieves and invading animals. It was an agrarian society so the protection of farmlands was important. They also mounted the city walls and watchtower to monitor approaches to the towns. The watchmen were to sound the alarm whenever they saw danger approaching. They got the people ready for war by sounding the alarm. Later, the word ‘watchmen’ was used for God’s prophets who had the responsibility of warning people from committing sin. Somewhere down the line, another group referred to as watchmen had a unique function. This is seen in Isaiah 26.6. The group were referred to as covenant watchers—people who know God and his promises and know that the promises would not come to pass without a fight. What has God said concerning his people? What is their future? What are the circumstances they are going through now? Knowing these, they committed themselves day and night to ensuring that what God had said would come to pass.

Verse 6 makes it clear that the preceding promises don’t happen automatically. They have to be made to happen. The watchmen were posted on their walls to ensure this. This applies to every promise concerning us. We have to war for the promises made to us. In this particular context, a group of people called watchmen were given the responsibility to do this.

As believers and as men positioned as God’s watchmen, we have the responsibility to do certain things in order to bring to pass what God has promised that he will do for his people. So, our work is not only limited to the context of the church. That is major and critical. We must call upon God day and night to ensure that God’s promises are fulfilled over the lives of the people. To be a man is to be a leader. We have that onerous responsibility as covenant intercessors. You are not comfortable until the status quo is changed. You can survey the spiritual state of a church and decide that you don’t like it and I can tell you from my own experience that when you intercede you will see results.

It is not enough to complain about things not being the way we want them. We have the responsibility to never give God rest and not let him go until what he has said concerning his church is fulfilled. This is our responsibility. So, to be a man who is a watchman means to sacrifice. You must not give yourself rest but to pray day and night. God says don’t give him rest day and night. It means you need to sacrifice because you have a responsibility to bring God’s plans and purposes to pass.

You must rejoice with those who are rejoicing so when we don’t see that happening, we should do something about it. We should not be happy when certain unexpected things just happen. Where are the seers? Where are those who dream dreams? It is when we arise that we begin to fulfill our roles of effectively watching over the souls of others.

That also calls for commitment. In Ezekiel 3 the prophet was given the responsibility to warn the people of their sins. They were to watch over the souls of the people so they did not perish. Hebrews 13.17 says the leaders have been given the responsibility to watch over the souls of their people. They are men who are not comfortable because the kind of prosperity we should see has not come. We will not be comparing shoes with shoes and cars with cars but when I am well-placed, I see to it that you are well-placed and when I see that it is not well with you I see to it that I support you spiritually and, if possible, physically.