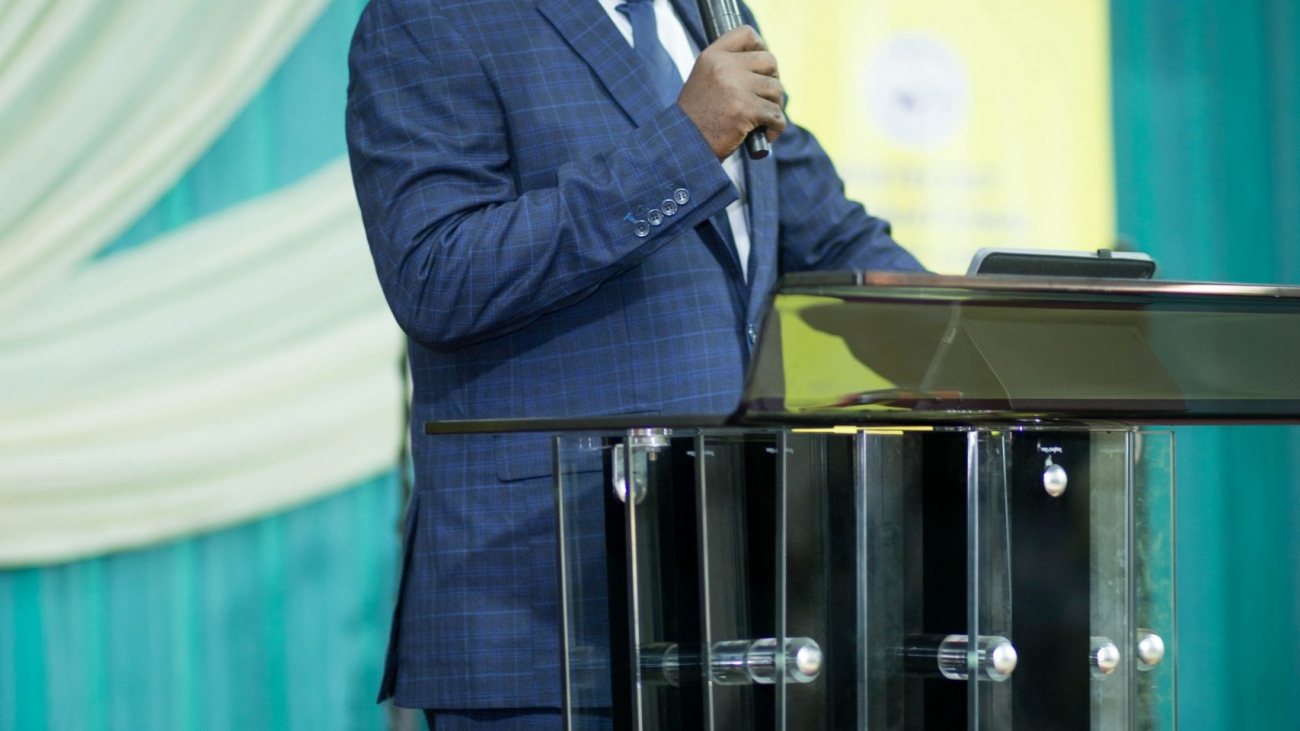 For it is not the one who commends himself who is approved, but the one who the Lord commends. (2 Corinthians 10.18 ESV)

What you say about yourself means nothing in God’s work. It’s what God says about you that makes the difference. (2 Corinthians 10.18 MSG)

This is the core of today’s message.

When you read the entire Chapter 10 of 2 Corinthians, especially from verse 13 to 18, you find that the apostle Paul was advising the people of Corinth about boasting. I don’t know why he was doing that but I think they were probably boasting among themselves.

My objective is to speak on how we can be approved of God.

There are three main sources of commendation:
1. Commendation or praise of men
Men applaud you and praise you and say all kinds of things about you. In this modern Christian life, we have words to praise people: “prayer bazooka, papa ogya, sister ogyacious.” The commendation of men is the praise of men but in some cases, the applause of men is not genuine. They will applaud you but they know in their heart that what they are saying is not true. Sometimes the commendation of man is not good. Some even praise you for what they can get from you.

3. Commendation from God himself
This is the kind of commendation that comes from God. God looks at you and says, “I am proud of this my son and daughter.” He looks at the work you are doing and says he is proud of you, just like he boasted about Job. That is where I want to get to, the day he will say, “You good and faithful servant.” I am praying for us to get to the level where we won’t rely on commendation from men or from ourselves but the one from God.

There are many people doing so many things to receive the commendation of men but not of God. If you want to be approved of God you must seek his commendation so that even when the devil is not thinking about you God will say, “Look at this woman, she is my servant.”

How can men receive approval from God?
I want to suggest three things only.

1. Develop a godly character
To receive the approval of God you must have a godly character. This is the character of God being seen in you—the beauty of Jesus being seen in you. For us as men and women of God, to receive his approval, we should focus on character development rather than building a reputation. Many people in our time set out to build a reputation rather than character. Have the beauty of Christ in you. Reputation is what people perceive you to be but character is who you really are. You can have a good reputation but your character can be something else for there are some who are smart and can do all sorts of things in secret but give a different picture of themselves here. People perform all kinds of gymnastics in the house of God and are reputed to be good and powerful men and women but to receive the approval of God, it is about character development and not just reputation.

In Revelation 3.1 we see how you can have a good reputation but not be approved:

“To the angel of the church in Sardis write:
These are the words of him who holds the seven spirits[b] of God and the seven stars. I know your deeds; you have a reputation of being alive, but you are dead. (NIV)

Where can I go from your Spirit?
Where can I flee from your presence?
If I go up to the heavens, you are there;
if I make my bed in the depths, you are there.
If I rise on the wings of the dawn,
if I settle on the far side of the sea,
even there your hand will guide me,
your right hand will hold me fast.
If I say, “Surely the darkness will hide me
and the light become night around me,”
even the darkness will not be dark to you;
the night will shine like the day,
for darkness is as light to you. (Psalm 139.7-12 NIV)

Develop a godly character and stop this hypocrisy. Stop pretending to be when you are not. Remember God does not reward reputation but he rewards character. There is so much hypocrisy in the system. People are hiding and doing all kinds of things in their offices, homes, and other places but the Lord has laid it on my heart to tell you, “Stop this hypocrisy.” This guy was in the service and his wife was also there. During the worship time, the lady was crying. People cry and emote during worship but the minster could tell that the lady’s tears were not the usual worship tears so he called her out and asked what the problem was. The lady said, “My husband, my husband. He has been beating me and even this morning he beat me before coming to church.” The minister asked where her husband was, and she said he was in the church. The minister asked her to go and call him and she said he was the one leading the worship. God does not reward reputation but he rewards character.

I read something, “Reputation is what people write at your tomb but character is what your angel will tell God about you.” When people are dead we say all kinds of things about them. I’ve never gone to a funeral where I heard, “As for this man, …” A man died and his son read his tribute and when he was done and thought he had turned off the mic, he stood by the corpse and said, “Ɛha deɛ matwitwa agye wo, na wobɛko akɔto Peter wɔ hɔ,” to wit, “I have bailed you out for now but you will go and meet Peter there.” One step to receiving approval from God is to develop a godly character.

But one of his disciples, Judas Iscariot, who was later to betray him, objected, “Why wasn’t this perfume sold and the money given to the poor? It was worth a year’s wages.” He did not say this because he cared about the poor but because he was a thief; as keeper of the money bag, he used to help himself to what was put into it. (NIV)

It is not enough to do what is good but what is important is the heart with which you do it. If your motive is wrong, what you are doing may be right but you don’t earn any mark for it. It is not enough for you to come to church and dance, good though it may be, but the heart with which you do it. It is good to show kindness but what is the reason? God will judge our motives. Never think God does not know why you are doing what you are doing. A day is coming when all the secrets of men shall be revealed. So if you are doing anything don’t just assume it is right.

What should be our motive if we want to receive approval from God? Paul gave an answer in 1 Corinthians 10.31.

I don’t have any glory or image to protect for his glory is my glory and his image is my image. So that will inform why I dance and preach and pray and why I do what I am doing. I have a very strong desire that we complete this building. I have a strong desire that we complete the mission house. I have a strong desire that we buy a bus but why do I have these desires? It is not for any glory of mine. I believe that when this temple is completed it will add to the Kingdom of God and his glory will be seen. I believe that when our bus is moving through town and it is boldly written, “PIWC, Atomic, a city on a hill,” it will bring glory to God.

Choir, when you are singing, it is not about showing us your skills but about his glory. It is then that you shall receive the approval of God. But if you do everything with a selfish motive you have failed and you don’t get a mark for it.

Jael went out to meet Sisera and said to him, “Come, my lord, come right in. Don’t be afraid.” So he entered her tent, and she covered him with a blanket. “I’m thirsty,” he said. “Please give me some water.” She opened a skin of milk, gave him a drink, and covered him up. (Judges 4.18-19 NIV)

Because she went the extra mile by giving Sisera milk which lulled him to sleep, she got the opportunity to kill Sisera, a glory that should have gone to the general. In Chapter 5, God had given them victory and Deborah composed a song.

He asked for water, and she gave him milk;
in a bowl fit for nobles she brought him curdled milk.
Her hand reached for the tent peg,
her right hand for the workman’s hammer.
She struck Sisera, she crushed his head,
she shattered and pierced his temple. (Judges 5.25-26 NIV)

Wives, when your husbands ask you for water give them yoghurt. When they ask for water give it to them in a bowl fit for nobles. When Jael did this she got the results.

Remember, it is not the one who commends himself who is approved, but the one whom the Lord commends. I pray that God will write a testimonial and give a commendation about you—that you would receive his approval. I pray that after twenty or thirty years, if the Lord tarries, when we hear about you, we shall hear huge huge testimonies.