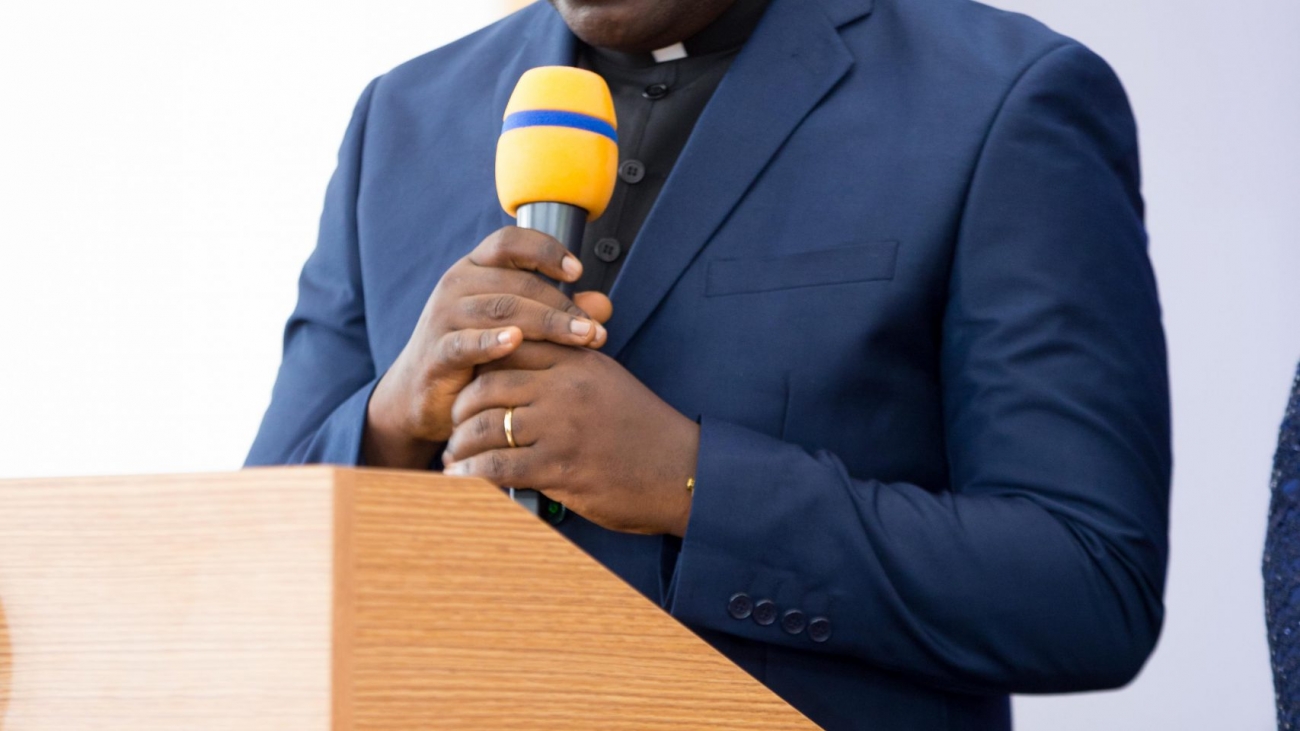 “And to the angel of the church in Pergamos write,

‘These things says He who has the sharp two-edged sword: “I know your works, and where you dwell, where Satan’s throne is. And you hold fast to My name, and did not deny My faith even in the days in which Antipas was My faithful martyr, who was killed among you, where Satan dwells. But I have a few things against you, because you have there those who hold the doctrine of Balaam, who taught Balak to put a stumbling block before the children of Israel, to eat things sacrificed to idols, and to commit sexual immorality. Thus you also have those who hold the doctrine of the Nicolaitans, which thing I hate. Repent, or else I will come to you quickly and will fight against them with the sword of My mouth.

“He who has an ear, let him hear what the Spirit says to the churches. To him who overcomes I will give some of the hidden manna to eat. And I will give him a white stone, and on the stone a new name written which no one knows except him who receives it.” ’ (Revelation 2.12-17 NKJV)

The situation of Pergamum
It was in the city of Troy. History tells us that the Greeks laid siege at the city for 10 years. That is where the legend of Achilles, a strong and almost invulnerable man arose—but his weakness was his heel. Pergamum was a wealthy city but also a wicked city.

Four idols: Athena, Asclepius, Dionysus, and Zeus
There were four idols they worshipped in that city. The first was Athena—the Greek goddess of wisdom. The Jews believed in the messiah while he Greeks believed in mastery. They liked philosophy. Another of their gods was Asclepius—a god of healing. His symbol was two intertwined serpents, similar to the one used by many medical institutions as their symbol today. The third was Dionysus—the god of wine. The fourth was Zeus, the father of all the Greek gods.

It was a city of learning
It was a prominent city with a university whose library held 200,000 volumes. They also had a factory that manufactured parchment paper. So, the city of Pergamos was a city in which human philosophy and science reigned.

Wherever you are hearing me from, there is no standard that can equate to the standard of God. If you lower God’s standards, God will not be pleased. The standards of God can appear foolish to men but don’t be moved.

For the word of God is living and powerful, and sharper than any two-edged sword, piercing even to the division of soul and spirit, and of joints and marrow, and is a discerner of the thoughts and intents of the heart. (NKJV)

Jesus commended the church amidst their flaws and weaknesses
There was a little bit of commendation for the compromising church. Jesus acknowledged their strength even amid their flaws. The church was in a place where Satan’s throne had been established. It is difficult to be a church at a place where Satan dwells. Sometimes our circumstances make it seem reasonable to concede but doing that only makes you true to yourself but not to God. Strive to please God for man cannot help you to the end. Only God can. Don’t bend the knee. If you don’t lower your standards, God will come through for you.

The church at Pergamum was married to things other than Christ
The church at Pergamum had married certain things. The first was the throne of Satan. Secondly, they were following the teaching of Balaam. If you would remember, in the book of Numbers, there was a king who wanted a certain prophet to curse the Israelites. This prophet was Balaam. But the more he tried to curse, the more he blessed the Israelites. After trying to no avail, he told the king there was nothing he could do against them but to trick them to lower the standards God had set for them. The first was for them to commit fornication and adultery by marrying foreign women who were going to influence them to worship idols.

Give no place to Satan and false teaching
The church at Pergamum had allowed an illegal entry point policed by the agents of Satan to ensure that the church would stumble. There are many teachings going around today. For example, some believe that you can no longer be holy; there are no more virgins in the world; we can’t do without alcohol; tithing is a thing of the past; the antichrist has already come; and there is no rapture. If there is any point of entry, we block them in the name of Jesus.

The third thing was that they held to the teachings of the Nicolaitans. Nicholas began well in the church in the book of Acts 6. He was one of the six deacons but later he veered off the right track. His name meant “conquer the people” and ‘Nicolaitans’ meant “destruction of the people.” The double-edged sword from the mouth of Jesus was coming to destroy all these teachings. If there is a teaching going around in the church we don’t fight with our hands but with the word of God. It is for this reason the son of God was revealed, that he might destroy the works of the devil. We cannot whip him, but we can destroy his works.