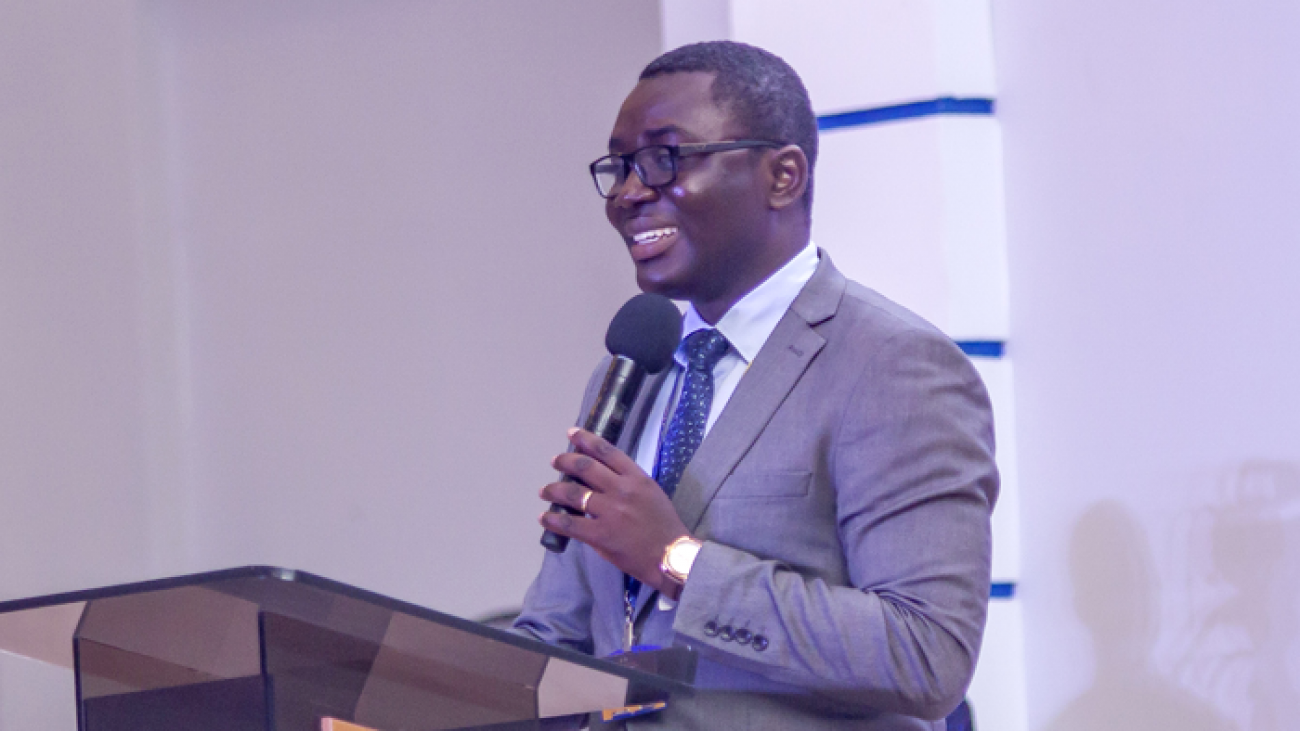 We have received a great salvation that is easy to understand
We want to bless God for such an awesome time in his presence. Through Christ God has given us a great salvation. The terms of our salvation are so good that the Bible says even angels desire to look into but from time to time, just as Jesus predicted, there come times when many doctrines, theories, and philosophies are thrown at people, sometimes destabilizing the church. In this series I want to talk about our great salvation and hour heavenly hope and stand against false teachings about kingdom living and eschatology. Among those of us who believe that Jesus Christ is the son of God who came to die to save us from our sins, there are various viewpoints and doctrinal positions on various themes of church life. That is alright. Because we are not the same, we all have different experiences and interpret the scriptures somehow differently. These doctrinal differences have given rise to the different denominations. That is also alright because the God we serve is one of variety and will accept all of us based on how we have understood him and how we want to express our faith in him. The practices we accept to advance our apprehension of him, God is going to contain, from denominations from the nations, different people who have accepted the Lord truly and have been able to live for Christ within their physical locations. But inasmuch as we will differ in interpretations, Jesus and the early apostles warned that there is going to be a special onslaught against the church and the faith in the last days. This is going to be orchestrated by seducing spirits and demons and they do so through false apostles, teachers, and pastors. Their goal will be to gradually and surreptitiously steal the hearts and focus from the finished work of Christ on the cross to stories, fables, and myths that do not save.

W. W. Wiersbe in his book “Be alert” has said, that Satan is the great counterfeiter he has a false gospel preached by false ministers producing false Christians. Satan plants his counterfeit wherever God plants true believers. I pray that you will be one who is being fed and is understanding the gospel as it must be and is becoming the Christian he ought to be. How will we identify doctrinal demons and their false teachings? How may we guard the liberty we have in Christ? In Galatians 5 Paul said it is for freedom that Christ has made us free though that liberty should not be used as an occasion for the flesh.

Sometimes when we consider the content of such strange teachings and how they can take people captive, we wonder. There is a force and a spirit that backs these teachings—seducing spirits. When you are seduced to a point you will adopt strange interpretations. I pray that you will walk in the liberty that Christ has given you.

Our aim with this series is to…
1. Help establish those who are weak in the faith to be deeply rooted.
2. Demonstrate love and patience to those who have contrary opinions on matters of faith by respectfully reasoning and persuading such people to remain in Christ or to return to him and the fellowship.
3. Launch a spiritual onslaught on the enemy by shining forth the light of the knowledge of God as the only true gospel that can save.

Some of the themes will be how to identify false doctrines and false teachers; what the Bible teaches about salvation and eternal life; dreams and visions about heaven and hell; who will be raptured; standing firm in the liberty we have without veering off into worldliness and carnality. But in this service we want to focus on identifying false doctrines and false teachers.

When the disciples wanted to know the signs of the end times, the first thing Jesus told them was to watch out for false prophets. Thus, there is going to be a proliferation of false teachers, doctrines, prophets, and apostles as we approach the coming of the Lord.

How to know them
1. Jesus said by their fruit you will know them. They can say all the good things but their character is not consistent with it. They can pretend for a while to be standing for God but soon their fruit gives them away.

3. The pick and choose lines and verses from obscure places from the Bible to advance to construct a thought that they want to advance.

4. They are men-pleasers who say what people are itching to hear.

5. Their teachings are parochial and argumentative and often heavily loaded with specific cultural and traditional elements. For example, most of the time such false teachers speak of heaven as if only Ghanaians are going there. This is because they interpret the scriptures with their limited perspective.

6. They forsake the true gospel centered on Christ and focus on issues like food, dress, festivals, and Sabbath. So in Colossians 2.16, Paul warned the church not to allow anybody to judge them with such issues because they are just shadows of things to come and the real substance is Christ.

Specific erroneous doctrines and how to address them
If you use jewelry, wedding rings, ornaments, and embroidered dresses, you won’t go to heaven
One of the scriptures they use to justify this is Genesis 35 where Jacob told his family to remove their rings and purify themselves before they went to meet God. The problem wasn’t with the jewelry but where they got them from and what they represented.

They also use Exodus 32 and say because Israel gave up their gold and earrings for the making of the golden calf, gold is bad. They also use Revelation 17.3-5 and take portions of it out of context to say because the adulterous woman there was glittering with gold, gold must be evil. However, in Exodus 11, when the Israelites were leaving Egypt, it was God who told them to collect gold from the Egyptians. Further, Exodus 25 shows that when God wanted an offering from the people of Israel for the temple, he instructed that they receive gold, silver, bronze, blue, purple, and scarlet yarn—the same thing that the adulterous woman was wearing.

Heaven has streets of gold and is decorated with even more precious stones. In the Old Testament the priest was to dress for beauty and dignity (Exodus 28.2) so we who are New Testament priests should also dress for beauty and for glory. 1 Timothy 2.9 says we are to dress modestly and decently. So if your ornaments are not drawing attention to you but revealing your beauty to glorify God, that is alright.

Dressing
Head covering should be seen as part of our dress. If it is dress then we must see that it is essentially cultural. The Old Testament priests had a turban with a crown and they had overcoats with intricate designs and other garments. Why don’t we demand that our priests wear that one? Why have we accepted clerical? Maybe we should go to the Old Testament and adopt the full regalia with the crown.

In 1 Corinthians 11, Paul treats the issue of head covering because of a question that was asked. It is a difficult chapter. It is not so clear what was being stated but the theme that runs through the chapter is honor—honoring one’s head and submitting to the authority that God has set over you. One-third of the angels could not honor God as their head. They revolted and rebelled against him. That is why Paul said they should cover their heads because of the angels. The symbol for showing honor can change but the main issue is to honor the authority God has placed over you. There are many places in the world today where head covering is not known so this is not an issue we should push.

Again, there is nothing wrong with modestly taking care of the body and making it look nice. We build houses and find the need to decorate them, paint them, and make them look nice. When someone says don’t decorate your body and yet decorates his temple and paints it, what are you to make of it? We have to look at the global picture and not our local picture alone. God loves the whole world and wants to save all men. We serve a God who is not archaic as some people think. His name is Alpha and Omega. That means he is already in the future. The technology of today or tomorrow does not overwhelm God.

I think if Jesus were to come to the earth at this time to live among us he would probably come in blue jeans and have an Instagram account, Facebook account, will be on WhatsApp and have a nice haircut. John 19.23 says in his days on earth he wore a nice tunic that had be woven from head to toe without seams. This is the God we are serving. According to Aaron Ben Ze’ev, the virtue of modesty require self-concealment. The spirit of God will guide you in this regard. Aaron Ben Ze’ev goes on to say that decency and modesty can be mutually exclusive—you can have one without the other—so to get both correct you must use concealment to eliminate any part of you that will draw attention to self and vainglory. Don’t overdress or show your wealth for unnecessary attention but dress decently and modestly.

Eating of certain types of food
Paul says clearly that one of the things that false teachers will do is to forbid people from eating certain foods (1 Timothy 4.3). In my next teaching I will focus on eternal life and what constitutes it. In Genesis 2 God gave them plants so it would have been a sin to eat animals but later he allowed them to eat animals and any animal could be eaten. Then came the law. This came with rules on what to each and not to eat. God forbade them from eating certain foods. Why was God changing his formula? The point was that it is only God who can decide what is clean and what isn’t.

God declared that Abraham and his descendants were going to be a blessed people. It wasn’t because of anything Abraham did per se. In the same vein, he could declare one acceptable or not. In Christ, the net was broadened. God was now approving all flesh that came to him in Christ so in a vision he invited Peter to eat unclean animals. In 1 Timothy 4.5 Paul says everything is acceptable once it is consecrated by prayer. At the Jerusalem council they agreed that gentiles don’t have to be culturally transformed to become Jews, but they should stay away from strangled animals to be sensitive to their Jewish brothers. Romans says our delicacies must be sacrificed to accommodate our brothers.

There are some seeking to pervert the gospel. These people are shallow, fearful, and legalistic. They seek to enslave people with a new to-do list of dos and don’ts. Paul said in Galatians 3 that if you allow yourself to be persuaded by these, you are bewitched. These are not the things that necessarily give us salvation but faith in the finished work of Jesus on the cross.