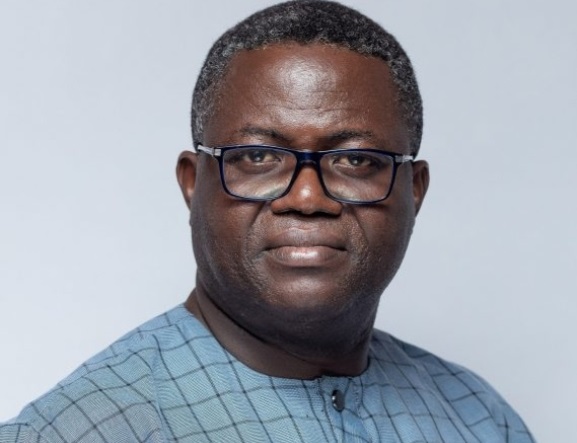 Building on Christ the unshakable foundation

This was David was lamenting, looking around and seeing how the law was not regarded so that there was no order. The first foundation God laid in the Garden of Eden was Adam. However, he became corrupted because of sin so any superstructure built on an Adamic foundation is depraved and will collapse. You cannot be in the house of God and still build on the Adamic foundation. It is easy to build on Adam’s foundation because you don’t need to try at all. You can live anyhow and still build but the building will collapse because the strength of every building is the foundation hidden in the earth’s crust.

If you look at how buildings are begun, they are not too attractive. So I am not surprised that our foundation looked that way on a crooked cross. On the cross Jesus caried all my load. When the foundation has been made, there are special blocks that follow. They are part of the foundation but there are corner blocks that not anybody at all can lay. Among the masons, the master will make sure that that one is specially laid because all the rest will take their reference from there. If you get your reference wrong, all other calculations will be wrong. After the cornerstone is laid, even an apprentice can continue. If the cornerstone shifts out of its place, the master will check it and sometimes it has to be hit back into place. That is how it is in the house of God. Sometimes you have to break some bocks but in the midst of all, the block submits to the decision of the builder. God in his sovereign will and infinite wisdom has laid the foundation we build on.

So Jesus laid the foundation and the 1st century apostles built on it. The Christ the early apostles served is the same God we serve. He hasn’t changed and he is making the same demands in righteousness and holiness. After they laid on hit the Pauls and Timothies also laid on it. In The CoP pastor McKeown and the fathers laid on it. Apostle Safo came and took reference from their work and continued. I pray we shall not lose sight of the cornerstone who is Christ so that the glory of the temple will continue to glow. You cannot see the foundation of this building but it carries us.

Ephesians 2:20 says we are built on the foundation of the apostles and prophets with Christ Jesus himself being the chief cornerstone. If you discard Christ as your reference, anything goes. As the foundation is tested, so the whole structure will be tested. The Bible says it will go through fire. Some people are using untested materials to build on the foundation. You yourself must be built on the foundation. Make sure that you don’t cover your face with hypocrisy while living in the church because there is going to be a day when the whole structure will be tested. Let your works be those that glorify God but not what others will see.

Thank God that our foundation is a universal one. It is the same all over the world. If others have built on the foundation with precious stones and we are building with chaff, we will suffer loss.

Dr. Anim, a lot has been said on the good work you have done here. You have built on the foundation but don’t let it rest here. As you take on another assignment, make sure the members are built. How do we do that?

Matthew 7:24 says everyone who hears his words an acts upon them will be like a sensible man who built his house upon the rock. We must not only hear the words but also act on them. It is acting on the word that makes us disciples.

Your duty is to build on the rock. Then stop weather forecasting. We don’t care what the forecasters say because we are built on the rock and ready for every storm. We have to let the world know that Jesus is the son of the living God. We must proclaim that he is the foundation on which if we stand, we will be able to survive. So, Jesus asked his disciples, “Who do people say I am?” and Peter said, “You are the Christ, the son of the living God.” Jesus told him that that revelation was not from man but from above. It is on the revelation that Jesus is the son of God that the church is built.