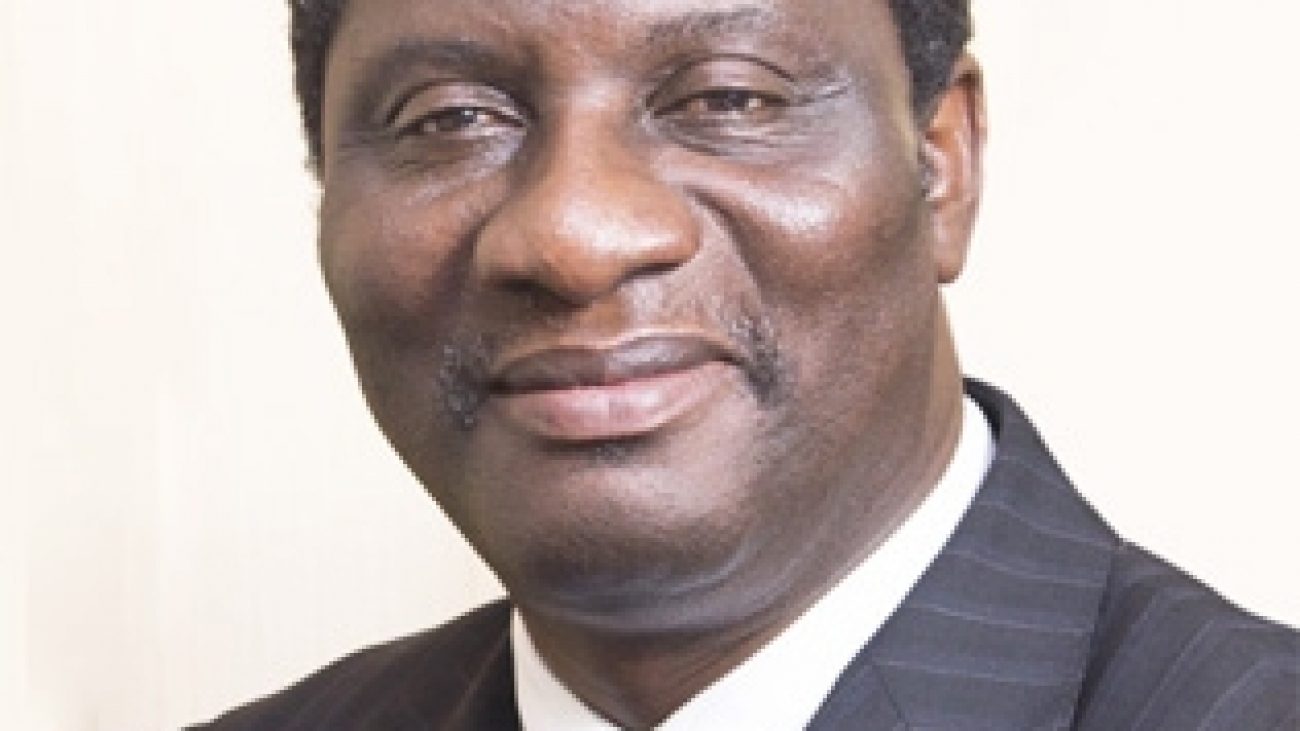 We thank the Lord for this Sunday morning and we thank him that this whole month we have been dealing with the issue of blessings and we have been addressing the subject or theme, “Blessed to be a blessing.” We thank the Lord for the various speakers who have laid a foundation for this subject. This morning I will be talking about accessing God’s blessings through giving.

God delights in your blessing
To access God’s blessings, you need to have a certain mindset about God, prosperity, and so on. Where I want us to start this morning is that God delights in your prosperity, well-being, and your being blessed. I have always said God is not an African witch—he is not one who will bring up her child and then when he is at his prime she will cut him down. You are a child of God and, therefore, he is interested in your well-being. He won’t cut you off and disappoint you.

Wrong theories about how God sees wealth must be discarded
In the early church many of the believers felt that because Jesus was coming soon, there was no need to work or to acquire property, forgetting that Jesus said to occupy till he comes. One of the theories then was that it was spiritual to be poor and miserable. In the early 70s, the typical Christian was a miserable person. The way they dressed, walked, and behaved was not appealing. They felt our calling did not include inheriting things on earth.

I remember one of my superiors telling me about how after school there was an opportunity to engage in some business but there was a stigma concerning that. Somebody wanted to sell her cows but when he looked around, all the believers were not interested in such things. They were not interested in the total word of God. Because of that he declined but later, someone else who had taken advantage of that opportunity had become rich. The devil has always wanted the believer to believe that blessing is not part of the package but that is not true. This morning I want you to change your mentality.

I remember when I was in secondary school, the patron of the Scripture Union did not make it attractive to join the union. His dressing, demeanor, and entire way of life was off-putting. To access the blessings of God, you need a change of mind. You must believe that God is happy when you are blessed. Even we as human beings are happy when our children do well. Can you imagine being a child of God and not being able to pay your children’s school fees? God is not happy with that. Proverbs 23.7 says as a man thinks in his heart, so is he. If you have a grasshopper mentality, you will be a grasshopper, but you are not a grasshopper. You are a lion. You belong to the tribe of the lion of Judah. I want you to change your mentality to one that you are called to be blessed. God demonstrated this through how he walked with the people of the Old Testament.

Galatians 3.13-14 says Christ has redeemed us from the curse of the law by being made a curse for us that the blessings of Abraham might come upon the Gentiles. The blessing of Abraham is a blessing of prosperity and progress. God swore to bless Abraham. God said on the day he would stop blessing Abraham he would cease to be God. That is the calling that is in the word of promise by God. As we leave here this morning, walk with your shoulders back believing that, “As for me, I am called to a life of blessing.”

Abraham became rich in flock, cattle, sheep and servants. Over and above his spirituality, he became very rich. His lineage also became great. Genesis 26.13 speaks of the blessing of Isaac. In his dealings with the people of old, he demonstrated that he delights in the riches of his children. Isaac who was the child of promise became very rich. I believe you should have enough resources that you become financially independent. So, even if you are not as rich as Isaac was, I believe you should be financially independent.

Jeremiah 29.11 says I know the plans I have for you; plans for good and not of evil; to give you a hope and an expected end. These are plans to position you appropriately. 3 John 2 says I wish above all things that you may prosper and be in health even as your soul prospers. Health and blessings are part of the blessings God wants us to enjoy. God has not called you to a life of mediocrity. He has not called you to a life where things are not so well. The devil is a liar. He wants to frustrate the church of God and the children of God. He knows very well that if things go well with you the church will prosper. The gospel can never spread unless we have resources and you cannot go on with the work of God unless you are well-resourced.

How to access God’s blessings
1. By renewing our minds when it comes to the word of God and blessings. You need to confess and believe it. It is your heritage.
2. By being obedient to God and his word. Deuteronomy 28 talks about the benefits of obedience. He says in your going out and coming in you will be blessed. Your basket and kneading trough will also be blessed.
3. By giving. The Bible is filled with examples of people who gave and were blessed.

Triggering God’s blessings through giving
I want to dwell on this one by staring with the example of the Shunamite woman (2 Kings 4.8-16). Sometimes the promise of blessings can seem like a lie because it seems too far off but this morning I declare unto you that if there is any need in your life, six months from now, it will be met in the name of Jesus. The woman gave not because she wanted something from Elisha but Elisha identified a need and when he prophesied, the woman resisted it because she had stopped praying about it and it was no longer part of her plans.

We read about Barnabas in Acts 4.32-37 who sold his land and brought the proceeds to the apostles to further the work of God. Joseph of Arimathea had bought a tomb for his burial but gave it up for the burial of Jesus. There are countless examples of people who gave and God ensured that they got in return. This is because when you give it triggers something. God has decided to never be a debtor to you. So, when you give God feels that he owes you. When you give to his work, his house, those in need, he feels that he owes you and makes it his responsibility to bless you to tip the scale so that you rather become a debtor to him.

Luke 6.38 says to give and it shall be given unto you. I am against cajoling people to get their money just to get money for the church but I believe in the fact that when you give to God, he will make sure that he gives back you.

God was upset with the people who thought they did him a favor by bringing an offering to him. He asked them if he ate the flesh of bulls. He said he wasn’t going to ask them for food if he were hungry. Have you seen a rich man asking a poor man for food before? I used to pray and ask God, “Why do we suffer so much to raise offerings?” Why can’t we just speak the things we need into being? Call up the walls, and the microphones, and so on. Why can’t we stand here and command for the things to come in a spectacular fashion? But God said that was not the way he did his things. God wants us to participate in it so that on the basis of our offering we will be blessed.

In conclusion I want to read Deuteronomy 8.11-13, 18. Sometimes when things have gone well for us we think it is by our strength. But God says when you have built houses and bought cars, don’t think it is by your power for it is God who gives the power to make wealth. It is he who gives the gift of life and the strength to work.