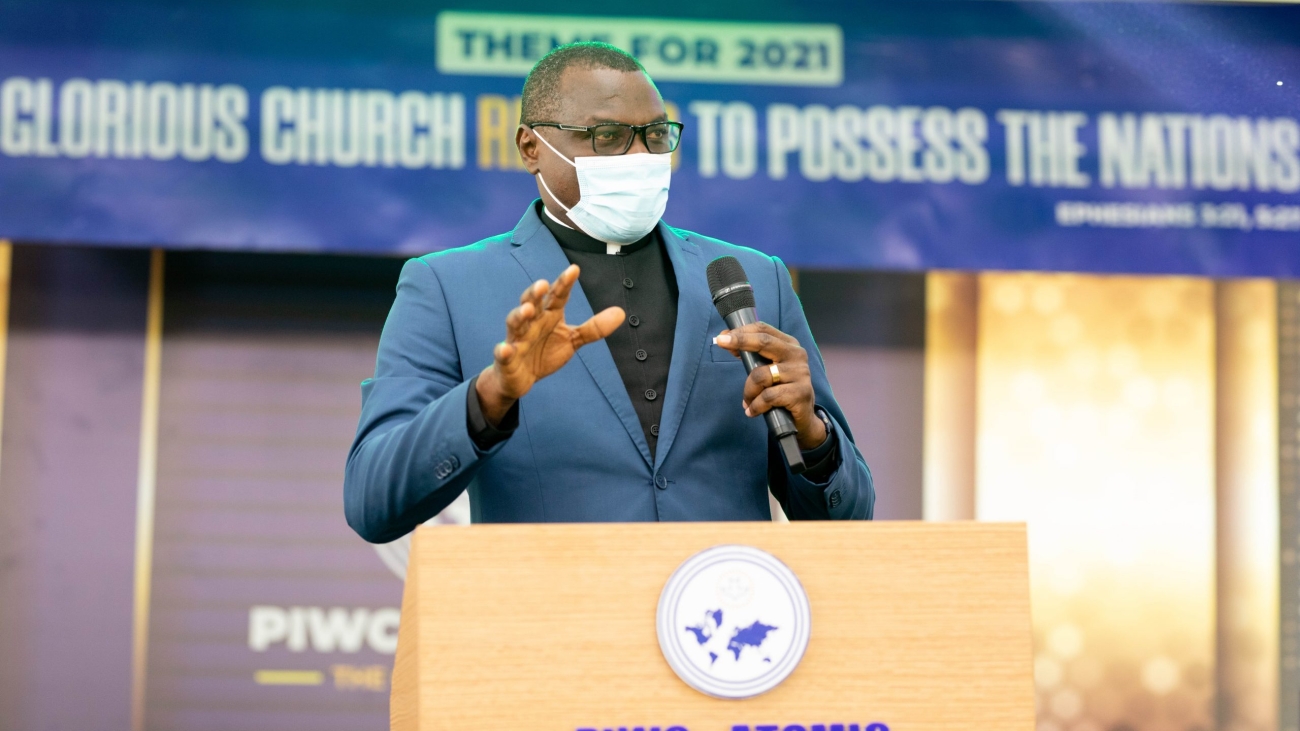 God in his journey with the Israelites appointed Moses to go for them from Egypt to the Promised Land. It was in an encounter where Moses had a discussion with God that our foundation passage was received. Even after God had told Moses that his presence would be with him, he was still asking about it.

When he met Pharoah, the presence of the Lord was with him in the performance of miracles. When they were crossing the Red Sea the presence of the Lord was with them. In the desert he was with them in the cloud and the fire. God eventually told Moses to build a tabernacle and build an ark to be placed in it. We see that God was with them when the ark was not but later he brought the ark to prove that he was continually with them. They crossed over and walked through the desert and got to the edge. When they got there, they encountered an obstacle and God told Joshua to tell the priests to go ahead and cross the Jordan. If the Lord is with you, you will scale walls. You will go beyond where your personal abilities can go.

In Hebrews 9:1-4, we find that the ark was not only the chest but had some contents. The contents of the ark are as important as the ark itself. The first one was the jar of gold that contained manna.

The jar of gold
Gold is a mineral that does not rust. It is always pure. This indicates to us that the God we are serving is a forever God. There is nothing hidden from him and nothing his power cannot overcome.

The manna
In the golden jar was manna—food provided for the Israelites in their journey in the wilderness for 40 years. God is still the provider.

We were in Guinea Bissau for missions for five years. Being one of the poorest nations in the world, it was not easy at all. Our fifth year was tough but just at the end of it, God provided somebody. He was an AU diplomat who had been seconded to the UN in Guinea Bissau. It was unusual. One day he came knocking on our door in the mission house because he had seen the sign board of The Church of Pentecost. He was from Benin and was a member of the church. He came to meet my wife and told her he had come to say hello. The next Sunday, he came to church, we went to see his house and all that. You can’t imagine the provision he brought. His tithe for a month could pay all the pastors I had in Guinea Bissau. His contract was originally for five months but he asked us to pray for it to be extended. We did and it was extended for six more months.

The manna in the ark represents God’s provision. He will provide for you.

The rod of Aaron that budded
Another thing in the ark that is significant is the rod of Aaron that budded (Numbers 17:8). There was a dispute and a contention as to how come only Aaron could burn incense to the Lord. The other tribes thought they were also capable of doing it. God gave Moses wisdom and direction and he asked for each of the twelve tribes to come with their rods. Each tribe labeled their rod but the next day when Moses went to look at them, one of them had been changed. That was the rod that belonged to the Levites. That dead piece of stick saw some speedy metamorphosis beyond what normal science could interpret. It had not only sprouted but it had budded and blossomed and produced almonds. That tells us that with God all things are possible and whom the Lord has chosen is the one he has chosen. So, after that there was no more contention.

The other time there was a hopeless situation of dry bones but God caused life to come to them. May any dry thing in your life find divine selection in Jesus’ name. We are a chosen people called forth to show forth his glory. May you bear fruit in Jesus’ name. We have been chosen to go forth and possess the nations.

The law
The other thing present in the ark was the law God gave to Moses. This represents the word of God. When we hide it in our hearts we will not sin against him (Psalm 119:11). When we hold on to it our lives are illuminated (Psalm 119:105). Colossians 3:16 says we should let the word dwell in us richly. When the way is dark and you turn to the word of God, it will direct you. We need to abide by the word of God and the rules and regulations we have. As members of the church we have a code of conduct and the values we must uphold. If we stick to them, his presence will continually be with us.

The Israelites were losing a battle against the Philistines and decided to go for the ark they had neglected. The chief priests went for the ark but the Israelites were severely defeated and the ark was captured. That day the chief priests, Hophni and Phinehas, lost their lives, Eli lost his life and his daughter in law also lost her life in childbirth. When the Philistines got the ark they thought they had got a trophy they were going to celebrate with but it only brought them misery. The handlers of the ark who had not conducted their lives properly did not see the glory of God. It is my prayer that the glory of the Lord will never depart form us.

There are three things I would recommend for the glory of God to abide with us:

2. Keeping to God’s word at all times
That means not just reading it for head knowledge but applying it to our lives.

3. Discharging all our duties and assignments
Being an area head is different from being a resident pastor. There’s a lot that goes on. You have to take charge of pastors and officers. May the Lord equip you and shield you in all his ways and may his presence continually abide with you. May his peace that surpasses all understanding be hour portion.